Weight Training Tips: Pushing Your Sets to the Limit. 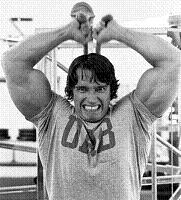 Whether you’re trying to build muscle, or maintain it while losing body fat, you have to make sure that each time you hit the gym you are reaching muscle fatigue. Weight training’s primary goal is to force your body to adapt to the new stress, and the only way the stress can be considered “new” is if it is larger than it was before. We covered this aspect in another article, known as Progressive Overload. However, when it comes to performing a particular exercise, you don’t want to limit yourself to doing set after set of a certain number of reps, and calling it a day. You want to force that muscle fatigue to occur, and you want to force it any which way it can.

Playing around with how you execute your sets for a particular exercise can play a major role in taxing your muscles to their limits. The following are some weight training tips you can use in the gym to pulverize a muscle group and force it achieve muscle fatigue (therefore, progressive overload).

1) Super Sets – a super set is a combination of exercises done one after another without rest. There are 2 ways you can go about doing a super set:

a) Same muscle group – if you’re doing chest, for example, you can super set chest flyes with push ups. In this scenario, you’d perform a set of flyes and immediately follow it up with a set of push ups. Only after this would be completed, you would take a rest.

b) Opposite muscle group – arms are often a favorite for what is known as an antagonistic super set. In this scenario, you would perform a bicep exercise and follow it up with a tricep exercise immediately after. Only after this would be completed, you would take a rest.

2) Drop Set – these are usually saved towards the end of an exercise. Let’s say you’re doing 4 sets of bench press. After you have finished 3 sets, you would perform the 4th set, and instead of finishing that particular exercise, you would drop some of the weight, and push out as much reps as you can. Once you are done, you would drop some more weight, and do it again. Drop sets are very intense, and for best results make sure the weights you are using are combined in small increments (25s, 10s, 5s) instead of large weights (45s) because you don’t want to stand there changing the weights for a minute (as that defeats the purpose of a drop set).

3) Pause Reps – let’s say you’re doing bicep curls, instead of doing your set in  a regular fashion (with emphasis on the Mind-Muscle Connection!), you would perform each rep with a pause in the middle. In this scenario, you’d be curling the weight up half-way, holding the weight with your bicep for a couple seconds, and then finishing the rep up top. This is a way of increasing time under tension, a critical aspect of progressive overload much often overlooked (with everybody swinging the weight wildly, minimizing the benefits).

All of these weight training tips are a great way to play around with how you hit a particular muscle group in the gym. They’re creative, provide a muscle group with a different angle of resistance, and help make sure that you reach that much desired muscle fatigue. Furthermore, these are things that can be thrown in at the end of a particular exercise, or used as the primary basis for performing an exercise (3 sets of only negatives, for example). Get fancy, it’s up to you. For more on what matters in the gym, visit our Gain Muscle article. Good luck!