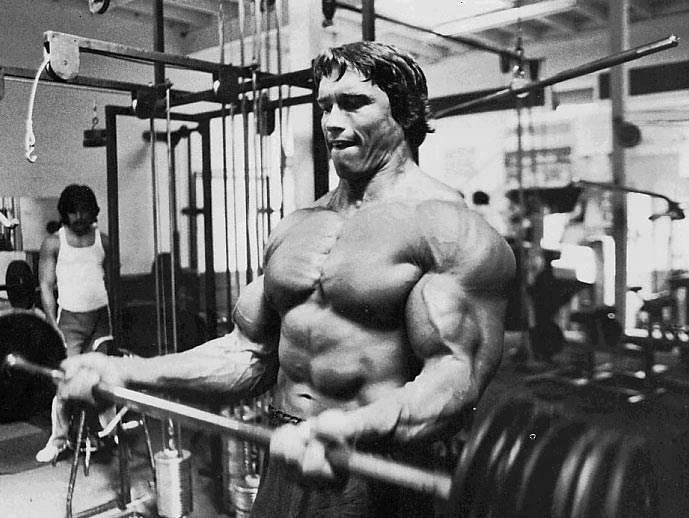 In this article: aesthetically pleasing = aesthetic (they are interchangeable).

I’ve started off this article with the dictionary.com definition of aesthetics because the words used to describe the term play a big role in the overall understanding of what it means to be aesthetically pleasing. To begin, I’d like to point out the obvious. The fitness goals of individuals vary, in the same way that their traits and personalities do. One person’s perspective is different than that of another, and it’s no different when it comes to working out. The facts are simple, everybody has their own perception of what a dream body looks like, regardless of whether they actually do something to make that dream body come true or not. Some people may prefer a lean figure with some muscle mass, while others may want to look like a bodybuilding professional, that’s nothing new.

Aesthetics, however, are in a realm of their own. They do not fit into the traditional generalizations, you know…that everybody feels different, and that taste varies from individual to individual. They do not fit simply because they can’t fit, as aesthetics are not defined by choice (individual taste), but by nature (inherent attractiveness in us as a species). From the very beginning, people have admired amazing physiques, and our fellow Greeks even created the “perfect” measurements an individual must possess for them to be universally accepted as beautiful. No, I’m not talking about beautiful in the traditional sense, but beautiful in the sense that they are indisputably accepted as attractive on an objective scale. Let’s break that down a bit further and see exactly what this means:

In traditional terms, when one is beautiful we are referring to them as such because we are attracted to them sexually. However, when it comes to aesthetics, I’m referring to the beauty of the body in terms of its universally pleasing nature. The Greeks developed the proper measurements, and those measurements are correct to this day (they won’t change). They studied the body, they studied the art of creation that physical stress allows the body to undergo, and they produced paintings and sculptures that represented the human species in its finest form. Those paintings and sculptures represented the perfection that the human body may achieve: the human species’ finest physical limit. Although we are now equipped with much more knowledge and resources to attempt to recreate this perfect specimen, the quest for achieving such a result has not disappeared.

When it comes to fitness, aesthetics refer to the beauty of the human body with respect to the proportionality, balance, and symmetry of the muscles on the frame of a particular individual. This perfect mixture of characteristics creates a visual appearance of a frame that looks like perfection. In other words, when an individual is aesthetically pleasing, it is at the moment when the body of that individual is proportional, lean, and with “just the right” amount of muscle to be considered universally pleasing to the eye.

Moving away from the talk of the perfect specimen, many people have achieved aesthetics, and many more continue on their quest to do so. However, in comparison to the amount of people who workout, the pinnacle result of being aesthetically pleasing is the cream of the crop (5-10% of the fitness population). It is not a universal “look” in regards to one particular measurement, but rather universal in the sense that it occurs in relation to that particular individual’s proportions (height/weight ratio, bone structure, etc.). Someone who is 5’6 is not going to have the same aesthetics as someone who is 6’2, however, for their proportions, they can achieve aesthetically pleasing physiques. Although many have arguably achieved aesthetics, the word “many” in this context means nothing because the pool of those trying is so large. Relative to fitness community, and even more so to the human population, those who have achieved this universal appeal are few and far between. It is not just about looking great, it is much more than that: looking perfect. Few understand the dedication required, but that does not mean many don’t do their best to try.

The point of attaining aesthetics is not to be considered the perfect specimen (although some may be motivated by such particular goals), but to achieve a body that no one can truly say is “weak, fragile, small, underdeveloped, useless, ugly” or just “okay.” Aesthetics means automatic head-turning, the ability to look like the gods themselves carved you out of stone. I’ve mentioned extremes at the start of this article, and all the different tastes people have. When it comes to aesthetics, if someone has an aesthetically pleasing physique, no matter what your tastes are, deep down you won’t deny their body is pleasing to the eye. Seeing an aesthetically pleasing physique forces you to give credit where credit is due, and often, motivates you to strive for personal improvement. It is the ability to reach proportionality and size that is universally liked, found inherently attractive. Now, do you have what it takes to be aesthetically pleasing?

This article is just the opening volume of our Aesthetically Pleasing Series, so follow along as we touch on various aspects of improving the body for the ultimate goal of achieving aesthetics.

POSTED IN » My Take