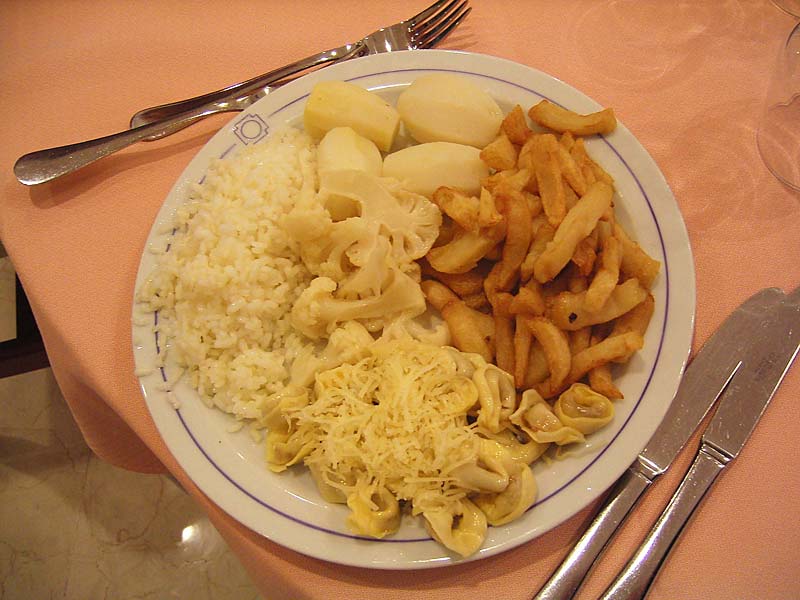 How many times have you heard that having carbs at night is a bad idea? I’m sure plenty, because it’s one of the most popular diet beliefs around. “Having some ice cream and it’s 9 at night?” Are you crazy? Forget about it, you’ll surely gain some weight! “How about some pasta?” It’s late…it’ll definitely all just add itself to my waist.

You’ve heard this, and you’ve probably applied it. I still see it every time I look at a popular fitness magazine. The premise stems from the fact that carbs are used for energy to keep us going throughout the day, and if you take them in at night when you are least active, or as your last meal before bed when you are about to go to sleep, there is not enough activity to burn them and they will just make you fat. Before I start, I’d like to point out that you are still active while you sleep (your body is still breathing and all the organs are functioning, are they not?) and to keep it short, that the fact your activity levels at night are indeed lowered has almost nothing to do with the situation. Having carbs at night will not destroy your waist line, believe me.

If you’ve managed to read any other articles on the site, you’ve probably come across our article on calculating your Maintenance Calories, if not check it out. What’s important to keep in mind even if you haven’t read it is that weight loss/gain is based on the relationship between how much calories you take in vs. how many you burn throughout the day. This concept is also known as Calories In vs. Calories Out. Therefore, the fact your activity levels are lowered at night, will only play into the equation if you are nearing your maintenance amount consumed through foods for that day, and you go over that amount by eating a meal before bed. In other words, if you require 2,000 calories to stay at your current weight, and you wind up only having 1500 calories throughout the day, you can have 500 calories of skittles right before you fall asleep and nothing will happen. This is certainly not recommended for other reasons, but that’s how this entire concept works. Carbs at night do not make you “fat”, it all depends on calories and those calories come from fat, carbohydrates, and proteins equally.

Using a different example, imagine you’ve reached your 2000 calorie limit before your last meal for the day. If you eat nothing but grilled chicken and salad for your last meal, you’ve gone over your caloric limit and if you do this every single day, over time you’ll wind up putting on weight. Now, are we going to say that grilled chicken at night brought about those extra pounds? No. Maybe it was that twinkie earlier in the day, but that’s neither here nor there. What is important is that your overall caloric intake was greater than it should’ve been, and it was that extra caloric count that over time brought about weight gain. Therefore, carbs at night are only as relevant as all the other food you ate that had calories that day, regardless of when you wind up eating it (morning or night). Just to be extra clear about this, let’s do a final example:

As we’ve discussed, anything you consume can put you over your maintenance if you reach it and continue eating before you go to sleep at night. Keeping that in mind, if you are in control of how much you eat throughout the day, there is no reason you can’t have carbs at night and still stay the same, or even lose weight. For example, if I’ve been eating a few small meals throughout the day and my maintenance calories are 2,000, and the combined meals have amounted to 1,200, I have 800 to spare. It’s 10pm, I’m about to hit the sack, and I’m hungry for some tacos. I heat up 2 and obliterate them until satisfaction, considering each one is 300 calories and they are loaded with carbs, I have consumed 600 calories. Sorry for the math, but if we add it all up, that leaves me with 200 calories and I’m going to bed. If I keep this up, over time I will lose weight. Can you see how carbs made no difference even though I ate them late at night?

The reason this myth became so popular is simple to understand. Carbs are our biggest sweet tooth, basically anything we enjoy eating has carbs. So to get people to watch their diets, an idea sprang up where it would be easy to convince people to drop some weight if they made people scared to eat carbs late. Limiting carb intake “after 6pm” or whatever hour you’ve read about, allows you to keep the amount of food you eat at night low (since most foods have carbs). Therefore, a decent food intake during the day + low intake at night, on average, would allow people to stay under their maintenance. This would effectively, over time, allow them to lose some weight. Of course, this is the explanation behind the scenes, what you saw was the propagation of this anti-late carb myth, with mostly invalid reasoning behind it (although extracted from actual truths – they had to have had some legit reasoning, even if it was severely twisted for their overall objective!).

Another major reason why carbs have been the source of attack (when we’ve demonstrated that only overall calories matter) is because they make a person retain water weight. Water weight makes us look more bloated, it’s our body’s way of retaining water. The more carbs we eat when compared to fat or protein, the more water weight we’ll wind up holding onto. So, this was a secret ingredient that validated the scare tactics explained above because people believed that they were actually putting on weight overnight, when it was simply just some extra water retention (which is temporary – drinking more water can quickly get rid of it).

In conclusion, you’ve learned about the exception where carbs can indeed make you fat if you eat them at night (as can protein and fat…if you go over your daily requirements), and as you saw, in reality, carbs weren’t to blame for that happening…but calories. To get a better understanding of what calories are really about, check out What is a Calorie?. If you watch your intake throughout the day, and have calories to spare at night, there’s nothing wrong with having some ice cream or whatever snacks or foods you enjoy. They won’t make you fat! It’s all about overall intake, and if you can keep those foods, snacks, or ice cream, from making you go over your maintenance by eating appropriate portions that keep your calories in check, you’re good to go no matter what time you eat them. With that said, don’t fear carbs and have them whenever you want. Just keep your calories in check. To get some more information on this topic, check out our Nutrition Facts article. Good Luck!