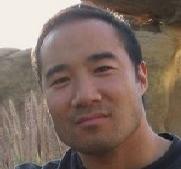 Alan Aragon has over 15 years of success in the fitness field. He earned his Bachelor and Master of Science in Nutrition with top honors. Alan is a continuing education provider for the Commission on Dietetic Registration, National Academy of Sports Medicine, American Council on Exercise, and National Strength & Conditioning Association.

Inspired by the popularity of our Common Myths section, we’ve decided to team up with Alan Aragon to give you the answers to some of the most popular questions on the nutritional side of fitness. Things that, unfortunately, many people hold misconceptions about due to the overwhelming influence of the media (and their desire to get you to spend money). In fact, let’s start with this one – did you know nutrition is the most integral component of obtaining the results you’re looking for? The fitness media tells us gym workouts take that award, when they’re only the fuel used to light the fire. Training is indeed integral, but without feeding your body what it needs, what’s it going to give you (certainly not the best possible results). It is these types of subtle differences that comprise the line between common hear-say and the truth, in effect, the line between mediocre and great results. Which side have you been on? Let’s find out.

1) Calories in vs. Calories Out – if we’re dealing strictly with body-composition, does the type of food you eat come into play if your overall macros and calorie intake is the same? Provided they are indeed equal at the end of the day, is eating a meal consisting of a [whopper and a protein shake] going to create any difference in one’s overall fat loss or muscle gaining goals when compared against its equivalent in a meal consisting of [grilled chicken, broccoli, olive oil/almonds)?

P.S: I am also not opening the can of worms that deals with whether it’ll be easier or harder to achieve one’s planned macro breakdown and calorie intake for the day with one method or the other, only: if the conditions outlined above are met, the end result of them.

Alan: As for body composition, it doesn’t matter. There are subtle potential differences that can occur satiety-wise with a greater intake of fiber, as well as solid versus liquid foods, but aside from that, the differences are negligible. This is especially true in populations that have an inkling of concern about health & don’t eat like complete junk-fiends (who really wouldn’t concern themselves with this question in the first place).

Alan: Whether fat oxidation is greater during waking or sleeping hours doesn’t matter. What matters is 24-hour fat balance, which is fat synthesis minus fat oxidation. See, those are the 2 sides to the equation. If you eat less during the day & more at night, fat oxidation will occur at a greater rate during the day. If you do the opposite, fat oxidation will occur at a greater rate through the night – & you end up at the same spot. After 24 hours, the body doesn’t know nor care which half of the day contributed to either a net loss, gain, or maintenance of fat balance. Unless you have a specific need for increased energy intake (ie, prolonged competition in a particular sport ocurring in the earlier part of the day), there’s no reason to assume that eating more during the day & less in the evening is INHERENTLY beneficial for body composition goals.

3) Carbohydrates Post-Workout -  are they necessary? Can a meal containing fats and protein be just as efficient? The whole insulin-spike concept, what are the cold, hard facts behind it?

Alan: The post-exercise “anabolic window” is a highly misused & abused concept. Preworkout nutrition all but cancels the urgency, unless you’re an endurance athlete with multiple glycogen-depleting events in a single day. Getting down to brass tacks, a relatively recent study (Power et al. 2009) showed that a 45g dose of whey protein isolate takes appx. 50 minutes to cause blood AA levels to peak. Resulting insulin levels, which peaked at 40 minutes after ingestion, remained at elevations known to max out the inhibition of muscle protein breakdown (15-30 mU/L) for 120 minutes after ingestion. This dose takes 3 hours for insulin & AA levels to return to baseline from the point of ingestion. The inclusion of carbs to this dose would cause AA & insulin levels to peak higher & stay elevated above baseline even longer.

So much for the anabolic peephole & the urgency to down AAs during your weight training workout; they are already seeping into circulation (& will continue to do so after your training bout is done). Even in the event that a preworkout meal is skipped, the anabolic effect of the postworkout meal is increased as a supercompensatory response (Deldicque et al, 2010). Moving on, another recent study (Staples et al, 2010) found that a substantial dose of carbohydrate (50g maltodextrin) added to 25g whey protein was unable to further increase post-exercise net muscle protein balance compared to the protein dose without carbs. Again, this is not to say that adding carbs at this point is counterproductive, but it certainly doesn’t support the idea that you must get your lightning-fast post-exercise carb orgy for optimal results.

Something that people don’t realize is that there’s no “magic anabolic window” that’s open for a short period of time near the workout & then rapidly disappears. As a result of a single training bout, the receptivity of muscle to protein dosing can persist for at least 24 hours (Burd et al, 2011).

4) Exchanging Fats for Energy (Not Carbohydrates) – many people believe that carbohydrates are required to provide you with the energy you need to get through the day, or more importantly, the gym session ahead (which is why they are a popular choice for pre-workout). However, can eating a meal that has fats and protein as its main constituents be equally effective in providing an individual with energy for the day ahead (or the gym session)?

Alan: It depends on the overall goal that we’re talking about. This will determine whether or not a focus on carbs at the expense of fat (or vice versa) would be beneficial. I would say this as a blanket statement though: individual preference & tolerance varies. For most recreational fitness goals (as opposed to competitive athletic goals), simply nailing your macronutrient targets by the end of the day is what’s important.

5) Keto, most efficient way of cutting – this is rather an extension of the first question, but deserving of its own response due to the ongoing debates over the superiority (or inferiority) of Keto for cutting. Is it any more effective at burning fat than other diets? Or does eating under maintenance prevail as the winner regardless  of the methods used? We know carbohydrates retain water, and proteins are diuretics. Can the initial effects of Keto be understood through the non-existent intake of the former and higher intake of the latter? (appearance of being leaner, with long-term Keto effects stabilizing on par with other diets) Or is Keto really the most optimal?

Alan: There’s nothing inherently special about keto in terms of fat-loss benefits. This has been shown repeatedly in long-term research that’s reasonably controlled (as opposed to the ad-libitum or free-living research) .  It’s important to realize that the current research is not sufficient grounds to be dogmatic about low-carbing in the first place. Studies often do not match protein intakes between diets. Adequate protein intakes have multiple advantages (ie, LBM support, satiety, thermic effect), and they simply end up being compared to inadequate protein intakes. Thus, it’s not lower carb intake per se that imparts any advantage, it’s the higher protein intake.

Once you match protein intake between diets, the one with more carbs is actually the one with the potential for a slight metabolic advantage. In any case, there’s a large middle ground here that tends to get ignored by folks who believe in a ‘metabolic advantage’ of keto/low-carb. It’s always either-or for them, when in fact, individual carbohydrate demands vary widely depending upon personal tolerance & preference, not to mention individual goals. For some folks, low-carb is warranted. For others, it isn’t. It always amazes me how hard that concept is to grasp for keto absolutists.