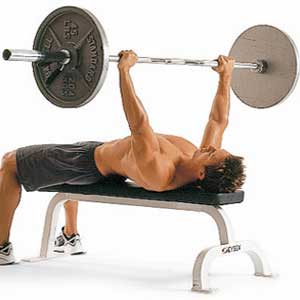 So you’re hitting the gym, exercising hard, and focusing on your diet. Everything seems complete, you’re doing all the right things. But here and there, in between your sets, when you glance over at others in the gym you see the varying ways in which they train. In one corner, you see the guys with the perfect form. One, for example, meticulously raises his dumbbells while staring at himself in the mirror to achieve just the right angle for his lateral raises. Another stands with his back against the wall to make sure there is absolutely no swing with his dumbbell curls. A third holds the barbell steady over his traps as he slowly, and in a controlled fashion, goes down to touch the floor and back during his lunges. In the other corner, you see the guys labeled as “cheaters.” One, for example, is doing what look like reverse ab crunches when using the lat pulldown. Another is barely lowering the dumbbells while his elbows shake in an attempt at a new PR for the chest press. A third is psyching himself up to squat only to take the barbell off the rack and barely go down as he makes agonizing facial expressions. Both corners have guys that look great, so it makes you think. Who is right here?
Well, it may not be so black and white.

When hitting the gym in hope of gaining muscle mass, the most important goal is to push your targeted muscle group to the point of exhaustion. This is what is known as muscle fatigue. Then, as your muscle adopts to the stress, you have to push it harder the next time to reach that fatigue once more. This is known as progressive overload. That’s two different concepts, but they work together because through progressive overload you are able to achieve consistent muscle fatigue. That is your goal. To illustrate, imagine pushing a big boulder that digs into the sand slightly each time you manage to move it a bit. Since it is digging into the sand as it moves, each time you want to push it some more you have to work harder. The same occurs in the gym, where each time you work a particular muscle group, you have to try and go above what you were able to accomplish during the last gym session. If you do not, you don’t exhaust your muscle like you should, just like you wouldn’t be able to push the boulder anymore than you did previously. Therefore, to push the boulder some more (reach muscle fatigue), you have to do more (progressive overload) each time you hit the gym for that particular muscle group. With that said, visit our Weight Training Tips article for more on different ways to achieve progressive overload.

Since our main goal is to reach muscle fatigue each and every time we are working out, as you can see, thinking there is a “best way” to gain muscle by choosing between the cheaters and the strict formers actually misses the bigger picture. What it simply comes down to is doing what is required to achieve that muscle fatigue. And what is required doesn’t come tightly wrapped in a “strict form” or “cheat reps” format. If someone is using cheat reps, as long as they are hammering away at their intended muscle group and reaching fatigue, so be it. The same can be said of those who use strict form. However, there’s a reason strict form should be the norm, and cheating should be the occasional exception. Here’s why:

Outside of the fact that using strict form lessens the risk for injury, what truly matters for reaching muscle fatigue is how hard you hit that particular muscle with the exercises you are using to do so. By using strict form, you are making sure you isolate that muscle as best you could so that, even if you are using much lower weight, that muscle is the only one doing the work (to the extent physically possible). This is known as the mind muscle connection. When you’re cheating, you’re also using other muscle groups to “help you” move the weight. That is why it is cheating, after all. Therefore, even if you are able to use more weight, you’re doing so but with the caveat that you’re using more muscle to move it. Not that targeted muscle, but more muscle groups. Because of this, it becomes hard to judge just how much of the work that targeted muscle is actually doing. Often times, that muscle might actually wind up doing less than it would had you just lowered the weight and focused on isolating it. Simultaneously, another problem with cheating is that you’re working other muscle groups at some of the expense of the targeted muscle group. Therefore, they’re getting work on days they shouldn’t, and this becomes a big problem when you have particular muscles that your body naturally favors to use as helpers (because they are stronger). Before you know it, you’re staring in the mirror wondering why this muscle group completely dominates another. This whole concept is explained more in our How To Gain Muscle and Aesthetically Pleasing: Don’t Weightlift, Bodybuild! articles.

With that said, cheating has its place. Because we are trying to reach muscle fatigue, cheating gives you yet another tool in your training arsenal to reach that goal. After all, let’s be honest for a second. We’ve all cheated a bit when trying to get a few extra reps in, no? And that’s the point, whether it’s a few extra reps at the end of a set, or the whole last set, cheating gives you the ability to push more weight to go over the top on that muscle group, to reach fatigue. However, it works best when there is a strong foundation (strict form) that has already done much of the work. It lets cheating go in for the kill, and that’s how you should see it. This is why my original question was slightly disingenuous, as you can never know which of those people are using cheating at that moment when you glance over in the exact same way described here. That may be, after all, their last set or the last few reps. Therefore, don’t pick between strict form and cheating because neither is the best way to gain muscle. Rather, both should be used together to achieve muscle fatigue. Of course, as mentioned, strict form should lead the way, and cheating should be the random wild card. Good luck!

*P.S. – “strict form” refers to being reasonably strict, not strict to the point you’re underwhelming your workout because you’re so focused on the right angle (the intro examples were largely sarcastic).