Clean Food vs. Bad Food: How you can use both to your advantage. 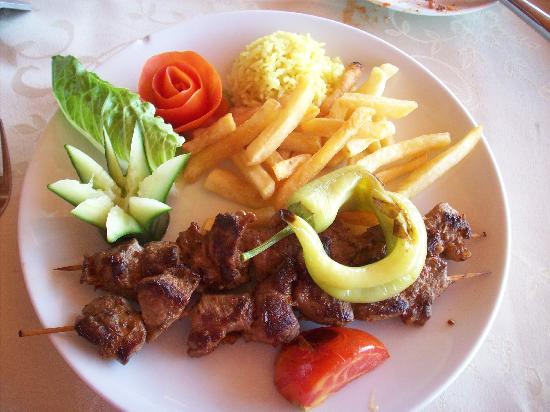 In our previous article, Clean Food vs. Bad Food: Body Composition, we discussed how overall caloric intake is the factor that controls whether you are able to lose fat, or gain muscle. We established that the food you eat does not matter in regards to changing your body composition. We also briefly touched on the real reason why bad food is often scolded (outside of health reasons, of course), which is due to its higher caloric value when compared to a clean food meal. However, in this article, we’re going to expand on some of these points and dive into how you can use both clean food, and occasional bad food, to better reach your goals (lose fat, gain muscle). Again, we’re going to ignore the health aspect, and focus on body composition, so don’t mistake the two. I’ll split the article into the two goal types and we’ll go from there.

Fat Loss: As we discussed in the previous article, you can use an occasional bad food to your advantage when cutting by eliminating cravings. Someone who is going insane and can’t take eating clean food all the time has a higher chance of quitting the goal altogether, than someone who is able to deal with occasional cravings by satisfying them with a bad food of their choice. As long as that food fits into their macro-nutrient ratios (for the most part) and fits into their caloric intake for the day, the day is saved and the goal continues, while their mind is at peace. Of course, the negative of dealing with ingesting bad food from a caloric perspective is that it is very often much higher than a clean food meal. However, if it wasn’t loaded with all the extras like sugar and unnecessary fats, it wouldn’t be bad now would it? So you take the good with the bad, right?

Clean food, on the other hand, is ideal for cutting due to the opposite side of the same fact, that it is lower in calories. However, what makes it so ideal for cutting is that it increases satiety. Combining the two, that’s a pretty killer combo, no? You take in less calories, and you feel more full (who said you can’t have the best of both worlds?). Foods such as broccoli are sometimes referred to as negative calorie foods. This means that they actually burn more calories digesting than you get from ingesting them in the first place. Therefore, for those wondering, that’s why I often reference (and you might often see others eating) grilled chicken and broccoli as a clean food meal. It’s common because the broccoli has fibers to fill you up, yet its so low in calories due to the negative calories from broccoli and the low, yet dense protein, calorie count from grilled chicken. Since most of us can’t eat this all the time though, that’s what an occasional bad food is for!

Muscle Gain: As you know, those attempting to put on some muscle size need to make sure that they eat above their maintenance calories. For many, bad food seems to shift from being occasional to being the norm, because they’ve been falsely led to believe that stuffing yourself will put on more muscle than just being slightly over. Building Muscle Mass does not work that way, and pigging out is not going to make you put on more muscle. Mentioning that, bad food certainly has its uses. Due to the higher caloric intake required, bad food and its higher caloric value (on average) come in handy for those struggling to get over their maintenance per day. If you’re eating a bunch of clean foods and know you won’t reach your daily caloric requirement, a whopper won’t hurt as long as you don’t go too high over your calories per day. Nonetheless, bad food should still be occasional, although with this goal there is room for a slight frequency increase due to the caloric level rise.

Clean food, however, should be the staple because the fact that your caloric requirement per day has rose, doesn’t change the fact that your macro-nutrient ratios have not. As we discussed, another flaw of bad food is that the the macro-nutrient ratio often needs to be manually fixed (by adding a protein shake to the meal for higher protein content, for example). With clean food, the macro-nutrient ratio is usually on point, and it makes things much easier on you and your body because you’re not giving it excess calories without the proper proportions. Directly related to this is the fact that you don’t have to go around trying to figure out how to get yourself on track because you ingested way too many carbs and too little protein from McDonalds (although you can save some of that headache if you make wiser choices on the menu).

Clean food and bad food both have its uses, and if you can mange your macro-nutrient ratio and caloric intake per day, you’ll get your results over time, guaranteed. A friendly tip for those wanting to pick out better choices (for the calorie counts and macros) when going to fast food chains, is to go to Fat Calories, where they have a database of nutritional info for all of the popular food chains. You can check that out, so next time you order you’re a little more equipped to make cleaner choices when immersed in bad food. Good luck!