How much protein can your body absorb at once? 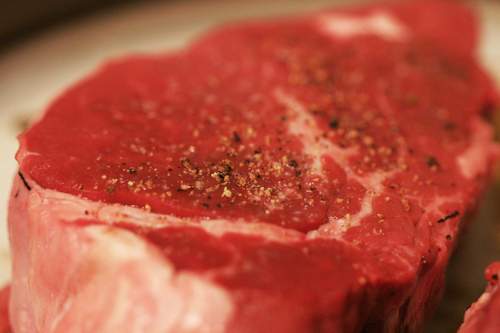 How much protein can your body absorb at once? Not much, claimed a friend of mine during a casual conversation we were having. A third friend had just came back from the gym and he was rather new to the whole thing, so the two of them got to talking as I laid down to watch a movie. Considering they were in the room at the time I could not help but overhear the conversation. He had asked him if he should drink his entire protein shake (which was composed of a scoop of protein – 24g) in one sitting or rather take his time and drink it over the next few hours since he had heard that it would go to waste if he chugged it all at once. The other told him that it’d be fine to have it in its entirety since it was post-workout and his body needed it but that it wouldn’t hurt to be safe and drink it slowly. I then watched him literally sip on the shake for the next 3 hours…

Yes, I did not make that up. Although to some it may seem ridiculous, for those who are unaware of the validity of this entire “absorption theory” it may not seem so. So how much protein can your body really absorb at once? Certainly more than you might believe!

The whole basis of the claim that your body has a limit on how much protein it can absorb at once is…well, unfounded. It really has no valid origin that it has been derived from, and I don’t really understand how it has become such a popular myth. Well, then again I could certainly see how the supplement industry would benefit from such claims. However, its origins are far from important. What we want to focus on is dismantling this myth with some common sense explanations.

The body is a wonderful thing, and its adaptive abilities have allowed us to become the efficient species we are today. Imagine the time before agriculture, when we still had to hunt for food and would go long periods of time in between our hunts. Would all that meat we’d devour in one sitting get tossed out by our bodies because we had too much protein at once? Would the body go: “oh look, that’s about 80 grams right there….25 will do, the rest is out!”? No, it would adapt the large feed to its needs and provide energy for a long enough period to allow for another hunt.

Putting the historical factor aside, think about how our bodies function on an every day level. You have to consider the average digestion rate when looking at the question of how much protein your body can absorb at once in its entirety. If you have a regular sized meal, it takes roughly 3 hours to digest (let’s assume it is regular in its proportions of protein/carbs/fats also). This means that the amount of protein you’ve given your body is going to be digested over the course of those 3 hours. That digestion rate, in and of itself, defeats the entire purpose of the absorption theory myth. You will never be digesting anything “at once” unless you drink down excessive amounts of whey protein.

If we look at a popular diet known as intermittent fasting (IT), where individuals eat all of their calories in a 4 hour window of time each day, it further illustrates how adaptive the body is and how digestion rates play a major factor. Imagine eating 3 thousand calories in a short time span, and fasting for the remainder of the day. Do you think your body will reject the food not knowing when you will eat again? No, it will adapt. Furthermore, the time it takes to digest all that food is going to multiply.

How much protein your body can absorb at once is a question that really shouldn’t even be asked. Just know it’s nowhere close to the ridiculous limits claimed by those who cling to this common misconception. For an individual who trains hard and stresses the body enough for it to need to recover several times a week, it is imperative to feed the body what it needs to recover well. The last thing on its mind will be sorting out whether you gave it 25g of protein or a supposedly “unnecessary” 40g. Worry instead about figuring out your Maintenance Calories and working off of that number to achieve your goals of building muscle mass or losing fat.

As an ending note, the only real time I can see the body really wasting protein intake would be when the individual doesn’t even train. At which point, what’s the difference? Unless you’ve just had a very satisfying meal and you decide to chug 6 scoops of whey for fun (as you can see, I’m trying to go as far off the wall as I can while still remaining realistic), how much protein your body can absorb at once is not something you should sit and contemplate about. Feed your body well, train hard and smart (Mind Muscle!), and the results will come. For something very closely tied to this topic, check out our How Much Protein Per Day? article. Good luck!