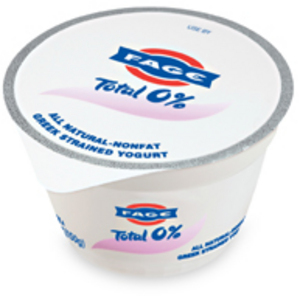 Finding sources of protein to meet your daily protein needs is no easy task, especially when you’re the type of person that needs variety to avoid going insane. Although fish, meat, and eggs are all staples, there are limits to eating the same thing over and over again with nothing else to break up the cycle. A commonly underrated source of protein that you can add to the equation is Greek yogurt. Greek yogurt often has the highest amount of protein per serving among yogurts, and has a relatively low amount of calories. Packing a punch with a high amount of calcium and probiotics, it’s one of the best snacks available. Depending on the brand, a serving or two could even substitute for a protein shake. However, not all Greek yogurts are created the same. As with any yogurt, it really boils down to the brand and its nutritional content.

If you’re hoping to find a great source of protein with a limited amount of calories, the first thing that has to go is the flavor. Yes, it’s all about the plain taste. Most yogurts, including Greek yogurts, quickly go down the drain nutritionally when flavor is added to the equation. If you compare the difference in the nutritional content of a plain yogurt and its flavored counterpart, you quickly notice the tradeoff is just not worth it. The main culprit that flavor brings along with it is the sugar. As a result, many flavored yogurts, advertised as healthy snacks, are actually more akin to candy bars. What good is enjoying a yogurt when more than a third of its calories are sugar? The situation is worsened by the fact that most flavored yogurts, particularly Greek yogurts, not only up the calories in comparison to their plain counterparts but also wind up having a lower amount of grams of protein per serving. This is a no go, at least if you’re trying to get the best bang for your buck. As tasty as flavored yogurt may be, it’s important to keep in mind what you’re losing in nutritional content and opt for the plain flavor. After all, you can always add your own flavoring by adding almonds, berries, or anything similar to keep things tastier.

Although Chobani is arguably the most popular brand of Greek yogurt, Fage is its equal and extremely underrated twin. Both plain versions share the title spot among Greek yogurts due to their fantastic protein to calorie ratios. The difference between the two really only comes down to taste, with each having a different taste and consistency. Chobani’s non-fat plain Greek yogurt contains only 140 calories and a whopping 23g of protein in an 8oz serving. Fage’s 0% fat counterpart contains only 100 calories and 18g of protein in a 6oz serving. Considering a 10calories to 1 gram of protein ratio is fantastic, those statistics on both Greek yogurts speak for themselves. To top it off, Fage also has a 2% low fat version that’s 150 calories and 20g of protein in a 7oz serving. The ratio is a little lower, but still great, especially for those needing the extra calories for building muscle. If you want to keep things fresh, these two Greek yogurts should be a staple in your diet. Opt for the plain versions, and enjoy the protein punch!