Alcohol and Fitness: How to fit it in without impeding your goals. 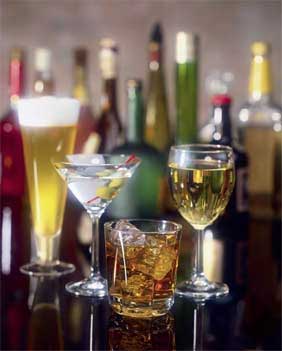 Alcohol and Fitness: “They don’t go together!” “Those two are polar opposites” “Drinking and trying to achieve a great body? More like a spare tire on the stomach!”

You’ve heard this, apparently it’s the holy grail of what not to do when you’re attempting to achieve results in the gym. Although it certainly won’t aid you in your quest quite like some grilled chicken can, it also doesn’t have to hurt you. Ah, bet you didn’t know that! Before you get overly-ecstatic, that doesn’t mean you can go binging every night and expect to upkeep a great physique, I think that’s obvious. However, for those that like to enjoy the night-life or anybody going out to get some drinks for an occasion, I’m here to tell you that alcohol doesn’t have to be your worst nightmare. Alcohol and Fitness don’t necessarily have to be polar opposites, as long as you are smart about it.

To re-hash the basic principle of whether one puts on weight or loses it, we need to understand that what truly matters is Calories In vs. Calories Out. Each person has a maintenance calorie amount that they require per day in order to stay at the weight they currently are, which means that that is the amount of calories required by their bodies to maintain them in their current state. As the principle suggests, the transformation of your body revolves around whether more calories come in, or out of your body. If the former, you’ll put on weight. If the latter, you’ll lose weight. Now keep in mind, over here we’re focused on fat loss if under maintenance and muscle gain if over, not simple weight fluctuations (Lose Weight vs. Lose Fat)! With that said, alcohol is evil in the sense that it is nothing but empty calories. Furthermore, it is higher than carbohydrates and protein (which are 4 calories per gram) and only lower than fat (which is 9 calories per gram) coming in at 7 calories per gram.

You can imagine that over the span of a few beers (which usually range from 100-160 calories) or shots (a bit less), things can get out of hand. This is where the main problem between Alcohol and Fitness lies, as alcohol can easily tally you way over your caloric expenditure for the day. Even for those going out one time a week, knocking in over a thousand calories from alcohol over the span of an evening will wind up harming your goals. Add in the fact that you are usually drinking mixed drinks or having chasers, the prospects only worsen. Fortunately, understanding how all of this functions can help in dealing with the caloric problems arising from the consumption of alcohol.

Since we’re dealing with total calories for the day, you can counter-act the expected extra calories from alcohol and either negate them fully or lower the overall damage for the day with a combination of dieting throughout the day and being smart when drinking. So, let’s make a bit of alcohol and fitness work. The day of:

1) Cut carbs for the day, and up your protein intake – carbohydrates are usually the easiest to cut out, having eggs solo for breakfast is a good start. Overload on veggies throughout the day as you take in some boiled/grilled meats. Your diet for the day should be stale, but it’ll be worth it. It’s not hard to avoid bread, pasta, rice, and even potatoes for the day. Meat and veggies should be your staples, with eggs, peanut butter, cottage cheese, almonds, also good additions. This will ensure you keep your overall calories down, yet feed your body right. Since you’ll be eating humble all day, your last meal before going out should be relatively bigger compared to the others (unless you’re down to get drunk extra quick).

2) If you have protein powder, create a shake before going out - leave it in the fridge or somewhere in your room. This serves a dual purpose. Upon your return from a night out, you want to always prevent a hangover by drinking a decent amount of water. You also want to get some protein in so your body has something good to work with overnight. Two birds with one stone here, this is a must.

3) Hard-Liquor beats Beer – shots are usually about half as caloric as beer, so if you wind up going out it wouldn’t be a bad idea to stick with hard-liquor. Even if you get drinks, you’re better off as long as you stick with diet drink variations (discussed more below).

4) Avoid regular soda/juice – if you’re going to get a mixed drink, stick with diet. If you’re going to get chasers, same deal. Diet is the way to go. Keep in mind you’ll be extra-dehydrated, so make sure you’re getting water in when you come home (again, shows the importance of point #2 above). Small thing to remember for big rewards. Those sugary juices and sodas can potentially cut your caloric intake in half.

5) Avoid drunk munchies – easier said than done, and this rule is food-based but alcohol-induced so I threw it in here. If you do wind up having something, well…thanks to following the rules above, it could’ve been much worse!

Overall simple points, but they are integral to your overall success of mixing alcohol and fitness together. You don’t want your hard work being impeded for no reason, yet you also don’t want to lose out on night life (if you’re into that). The two are certainly not brothers, but they are not worst enemies either. You just have to make sure you stick to the calories in vs. calories out principle, and be smart the day of your event. Furthermore, if you know you are really going to go at it that night, it’s important that you regulate that day diet well. For someone going out for a casual drink or two, their diet certainly won’t have to be as strict and low during the day as for someone who is fully attempting to not remember the night. The more you expect to drink, the stricter your diet during the day should be. Cut calories accordingly. Also, do not try to outsmart the system and starve yourself during the day or survive on a protein shake or two. Sorry, things don’t work that way. You are only hurting yourself by punishing your body instead of preparing it for the night. Good luck!

*As a tip, here’s some estimated calories for popular drinks: